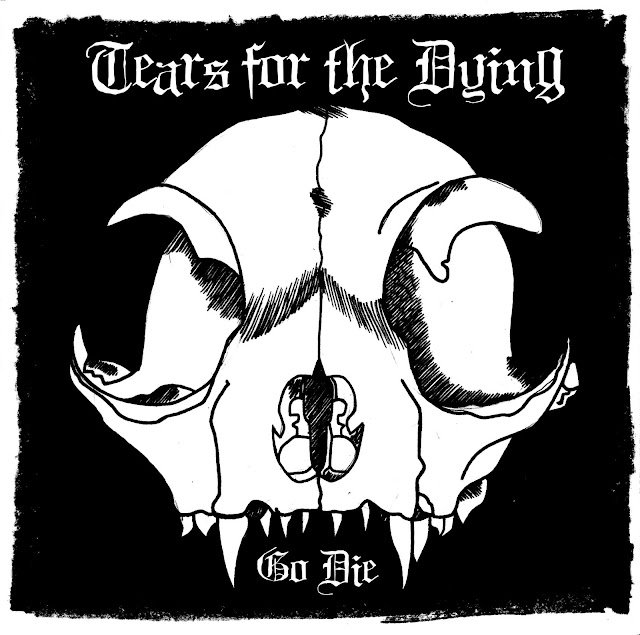 Check out the new Track "Go Die" by "Tears for the Dying" here!

It's finally happening, cats and kittens!
So, you remember me talking about the TransCat soundtrack, right?
If you DON'T remember, I don't blame you, it's been awhile since I talked about it openly.
My original plan was to try and release it around the same time I released my first graphic novel, but I couldn't pull it together in time. I was gonna try it as a standalone release sometime this year, but then COVID happened, so I re-arranged my plans, and now I think I'm gonna either try to release this along my second graphic novel, or a different compilation book I've been planning.
More details on that as they come, obviously.

However, in the mean time, I am PROUD to present one of the first tracks to feature on the TransCat Soundtrack, "Go Die" by Tears for the Dying, a kickass death rock band from Georgia.
You can download it off their Bandcamp for only a dollar. I even got a crack at drawing their cover art for them :)

I feel like if the character Zoe had a theme song, this would be it.

So keep an eye on this space for more updates on this. I promise i won't leaave you hanging too long, and also, do yourself a favour and check out the rest of Tears For The Dying's material. It's ALL pretty amazing!

In the mean time, stay safe, take care of your people, and keep fighting the good fight!
See you... OUT THERE...!
So spoketh Knave Murdok at 10:27 AM